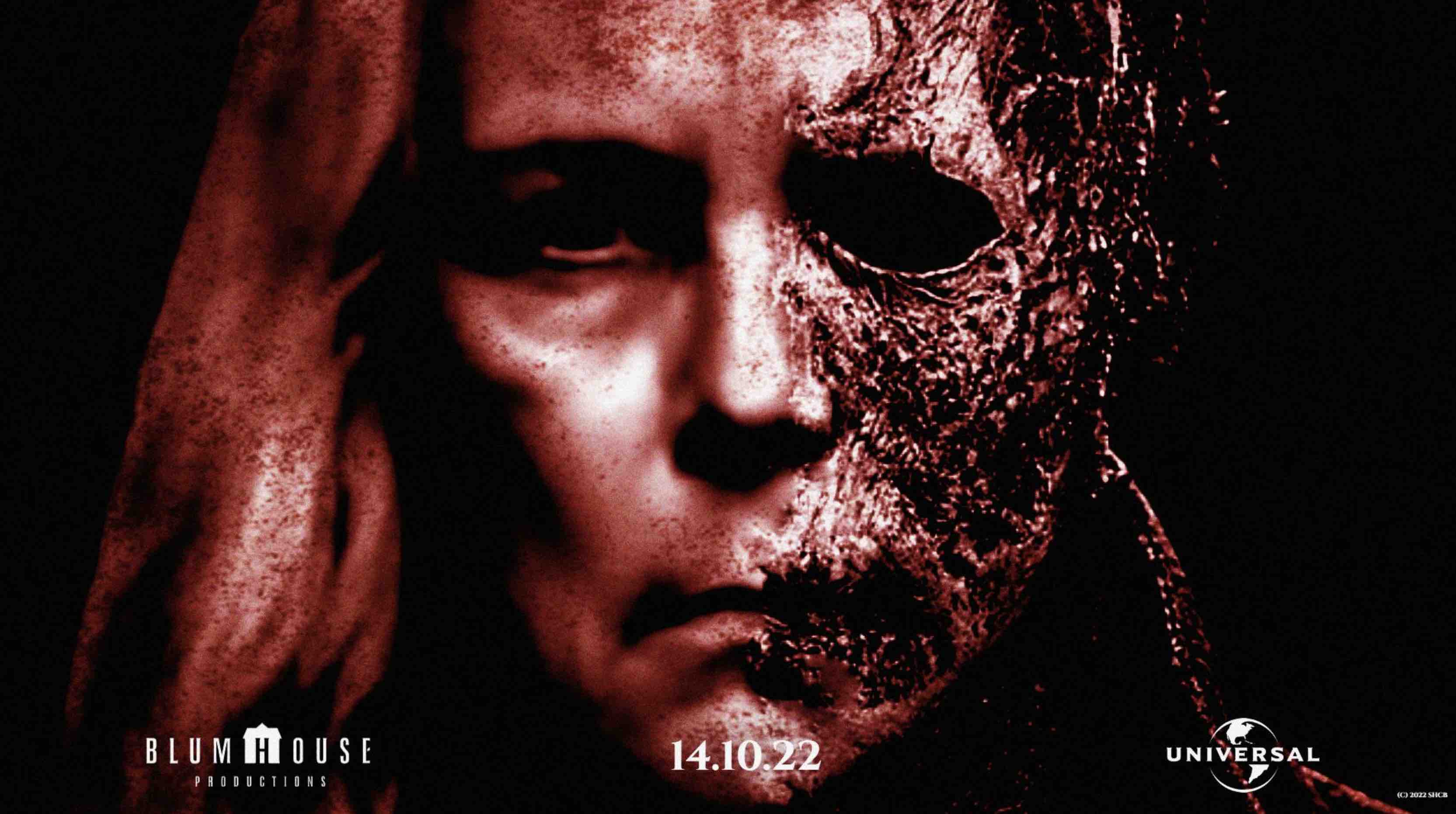 New! Visitor ratings! Click on a star to indicate your rating of this movie!

Halloween Ends may be the most divisive entry in the Halloween franchise, except for perhaps Halloween III: Season of the Witch, (although that aberration has a strong and deservedly growing cult following) with mostly negative reviews and some fierce hatred from many horror fans this hasn’t stopped it from grossing over $100 million at the worldwide box office.

The film has taken $63.45 million domestically and $39.46 million internationally for a worldwide total of $102.9 million thus far. And this is despite it receiving a hybrid release on Peacock. That said, it’s still the lowest grossing of the rebooted Halloween trilogy with Halloween 2018 and Halloween Kills raking in $259 million and $133 million worldwide respectively (Kills also had many negative reviews and a hybrid release). With these kinds of box office results, even before residuals such as Blu-ray, DVD and digital releases are taken into account, Blumhouse and Universal may well be tempted to give another filmmaker a shot at the Halloween franchise at some point in the future.

Here’s our coverage of Halloween Ends:

Halloween Ends is a 2022 American slasher horror film that continues the saga of Michael Myers and Laurie Strode. The plot takes place four years after the events of Halloween 2018 and Halloween Kills. The movie is allegedly intended to be the final instalment of the franchise.

A novelization, written by Paul Brad Logan will be issued on October 18, just four days after the movie arrives in theaters and on Peacock.

Plot:
Four years after the events of Halloween Kills (2021), Laurie Strode (Jamie Lee Curtis) is living with her granddaughter Allyson (Andi Matichak) and is finishing writing her memoir. Michael Myers hasn’t been seen since.

After allowing the spectre of Michael to determine and drive her reality for decades, Laurie has decided to liberate herself from fear and rage and embrace life. But when a young man, Corey Cunningham (Rohan Campbell), is accused of killing a boy he was babysitting, it ignites a cascade of violence and terror that will force Laurie to finally confront the evil she can’t control, once and for all…

Release date:
Halloween Ends will be released by Universal on Friday, October 14, 2022.

Reviews [click the links to read full reviews]:
” …Halloween Ends ends at the right point for this stage of Laurie and company’s life and also ends in a super cool way to close this arc that was presented there in 2018. So, in addition to closing this bloody arc, this third film honors the franchise and shows that some things live forever regardless of whether they are good or bad. ” 3/5, Arrobanerd [translated from Portuguese]

“The saga does reach a fitting yet contrived conclusion for the most part; the legacy characters make their final bow, yet the core themes fizzle out. Ends works best as a standalone feature, but its place in the trilogy and the Halloween canon overall is sure to be polarizing.” 2/5, Bloody Disgusting

“Halloween Ends is the kind of left turn that a lot of people hate. This time, with good reason. Elements of horror are left out in favour of this new direction and not only the most obvious or generic but also all the others that made the previous two so interesting. Some ideas border on the ridiculous and even incoherent and out of character, making it difficult to accept the new direction proposed here.” Cine Grandiose [translated from Portuguese]

“While the long-awaited final showdown between Michael Myers and Laurie Strode is moderately exciting, it’s too late for Halloween Ends to redeem itself. Worse, it proves that David Gordon Green had no affinity or understanding with the themes originally addressed by John Carpenter, turning his trilogy into a boring self-help book about overcoming trauma.” Cine Resenhas [translated from Portuguese]

“While the body count is substantially lower this time, it’s not to say the kills don’t lack brutality throughout when they occur. And yes there’s a showdown between Strode and the Shape that everyone could see coming, and in truth, which suffers from an inevitability of a conclusion that’s obvious a mile off. Perhaps that’s some of the problems of Halloween Ends – it can’t escape the inescapable…” Darren’s World of Entertainment

“The combination of classic horror and a sometimes excruciatingly slowly building story does not work out very well. The filmmaker is to be commended for not only wanting to please the fans with predictable bloodshed, but the rhythm of his third Halloweenfilm is erratic and choppy. Fortunately, he manages to make up for this in the final and to put a real end to it.” 3/5, Film Totaal [translated from Dutch]

“That an emotional core, concerning Laurie Strode’s personal journey to inner redemption, seems to indicate the “present” makes it clear that there is an amount of soul to the whole endeavour. But this is certainly not enough for a sequel that makes almost all the mistakes of its predecessors, as well as some in addition.” 1.5/5, Filmy [translated from Greek]

“Halloween Ends is exactly halfway between the first and the second chapter of the new trilogy: a step back, as far as I’m concerned, compared to the virulent catharsis of Halloween Kills, but a shy past forward for the themes it carries forward. He tries to create a more intimate reflection on Evil and at the same time close a thirty-year saga with dignity.” 3/5, Filmy Hype

“Halloween Ends is a film solid enough to end Green’s trilogy. Is it the best horror movie to catch this Halloween? We’d argue Smile is still spookier. But we’re just glad that Curtis can finally rest and that yet another average reboot of an iconic franchise has reached its end. That is until another director takes it for a spin. Now, that’s a nightmare for another time.” 6.4/10, Geek Culture

“For all of its risk-taking, Halloween Ends disappoints on two levels: in trying to do something different, because it simply cannot by the end, and in doing exactly what we expect, because the movie so blatantly attempts to be something else.” 2/4, Mark Reviews Movies

“With a different approach, Halloween End distances this franchise from its trademark brutal side. I can’t believe it; how could the script lead to such a complex thing? This is ridiculous if you expect a value or a moral message until whenever the dark side of man never disappears […] This film, which is intended as a finale, does not give a proper tribute to one of the best butchers in the film medium.” 1/5, Montase Film [translated from Indonesian]

“Halloween Ends is certainly not as bad as Halloween Kills, mostly because it has some sort of forward momentum and feels like it has a reason to exist, but it’s still not that great. This might be the most middle-of-the-road Halloween movie of the franchise, the one that just sits between the franchise at its best and the franchise at its worst.” Movie Meister Reviews

“On the character level, the main focus of Halloween Ends is on the relationship between Laurie and Allison, as they both pretend they let go of the past and the growing row between them, leading them to the epic and extremely satisfying finale. Like every Halloween movie, this one is not perfect and will leave some fans unhappy with the chances and choices David Green took, but personally, this is the finale I was hoping for.” 8/10, Pasha’s Films

” …even if Green rolled the dice (and lost) on an underwhelming central premise for Ends, a satisfying conclusion to Laurie’s story from Halloween 1978 to 2022 was worth any missteps that plague Kills and Ends. Still, in spite of this, it’s hard to ignore that Halloween 2018 set a high bar for Green’s revival trilogy – a bar that was undermined by the following chapter and is barely improved in Halloween Ends.” Screen Rant

“The third part was supposed to be what the second one was not, stretching the story for another sequel, meaning the culmination of the first film expanded to a full-length, that is, the mythical duel between the terminator killer Michael and Laurie as a kind of Sarah Connor Halloween who “only one of them will survive”. Ends becomes that in the end, just a little too late…” Slobodnada Dalmacija [translated from Croation]

“The power of the ending here feels assumed because the icons on display are supposed to be meaningful, but as this nostalgia boom is proving, icons are empty without anything to provide context or purpose, and the ending of Halloween Ends has an unfortunate emptiness to it. That said, there was still something about this film I enjoyed.” Switch.

MOVIES and MANIA provides an aggregated range of film reviews from a wide variety of credited sources, plus our own reviews and ratings, in one handy web location. We are a genuinely independent website and rely solely on the minor income generated by internet ads to stay online and expand. Please support us by not blocking ads. If you do block ads please consider making a small donation to our running costs instead. We’d really appreciate it. Thank you. Furthermore, as an Amazon Associate, the owner occasionally earns a small amount from qualifying linked purchases.

Estimated reading time — 8 minutes It was late one evening, and…

Now in theaters and on Demand November 23rd! On Thanksgiving night, a…